I see London, I see France, I can see your underpants.

An elderly couple sat hand in hand, laughing together, then sleeping on the Boeing 777 air bus traveling from London to Vancouver. I thought they were cute sitting next to me, but I didn’t engage conversation until exiting the aircraft. They were visiting their daughter in Vancouver. I said she was lucky to have such sweet parents. 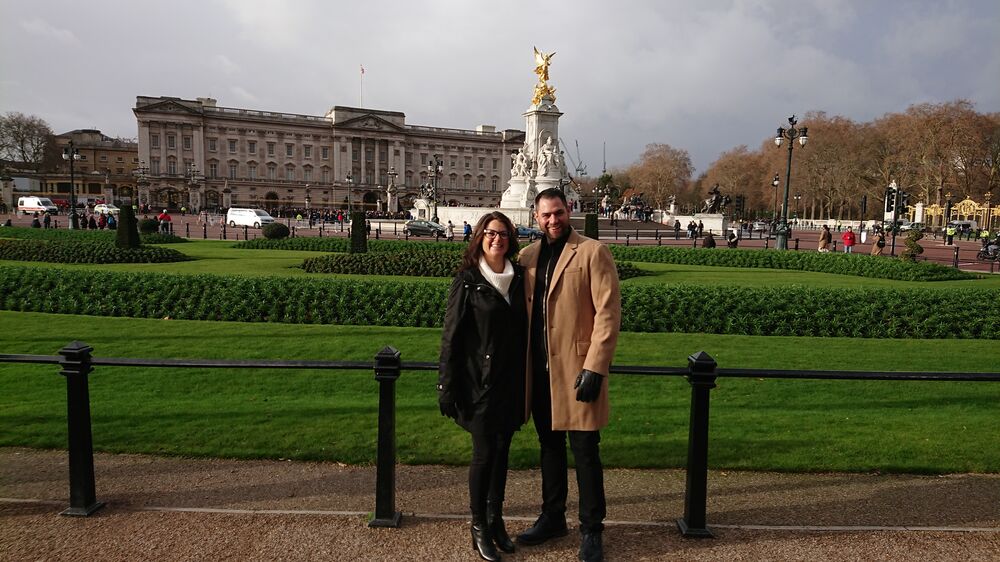 I know London well, spent one week visiting all the attractions, Buckingham Palace, London Bridge, and Harrods. Jody Lea had us riding the Tube (metro) like a pro. We stayed in Knightsbridge, the crazy expensive area where Rolls Royce owners have drivers. We toured museums, ate Michelin star breakfasts at Berners Tavern, and experienced high tea at The Savoy, Fairmont Hotel. 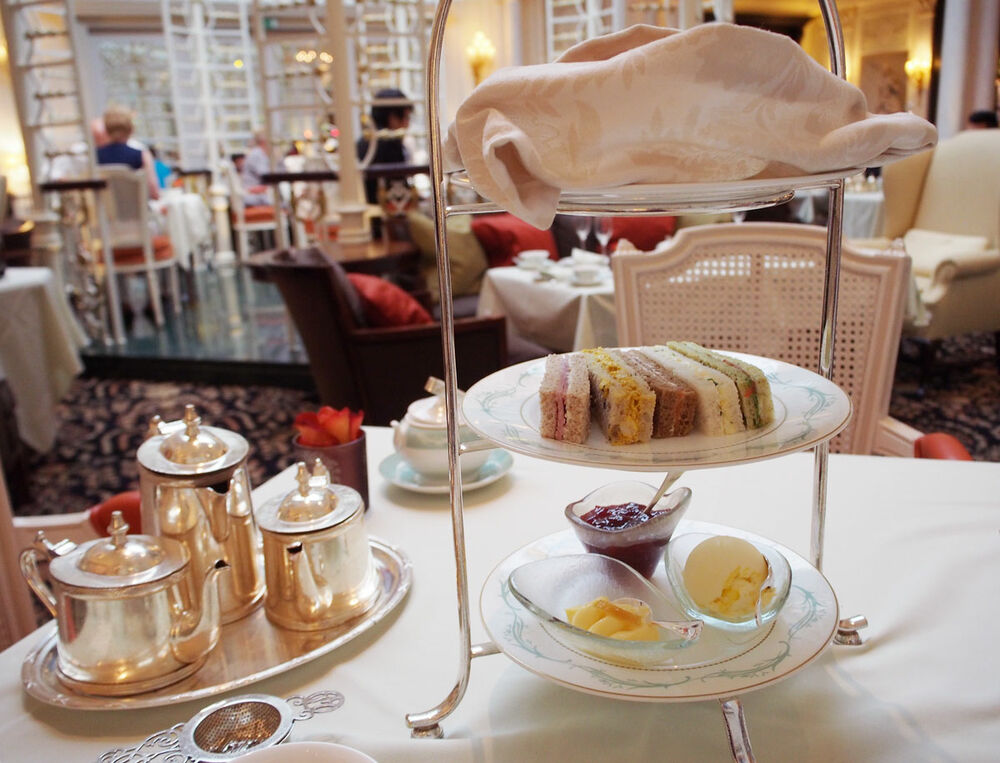 High tea was originally called afternoon tea, designed for the people who couldn’t afford breakfast, lunch, and dinner. The poor opted out of three meals for one afternoon tea (tea and sandwiches). This became a social event adopted by the rich. The rich called it "high tea." One could only guess why. I found it odd that the rich enjoy the same crust less white and brown bread with minimal amounts of egg salad, ham and Swiss, or cucumber. The rich added champagne before tea (which is nice), and a wonderful choice of desserts after sandwiches, but is it worth 250 Pounds per person?

London is old compared to Canada. Jody and I indulged in a five-hour walking tour where we learned about the history of London, including the story about the American who bought London bridge, and moved it to Arizona brick by brick… but the English sent the bricks of another bridge. Cheeky buggers. Jody Lea impressed our tour guide by being five months pregnant and wearing heels, what a nutter. Later we met Jody's cousin (what a babe) and her cousin told us that Jody's 82 year old great grandma still wears heels, even in the snow. I got loaded on Tequila with cousin Hannah… god knows the scenes we caused. I chat up people when I drink, and Londoner’s can drink! That came with a side order of morning headache! 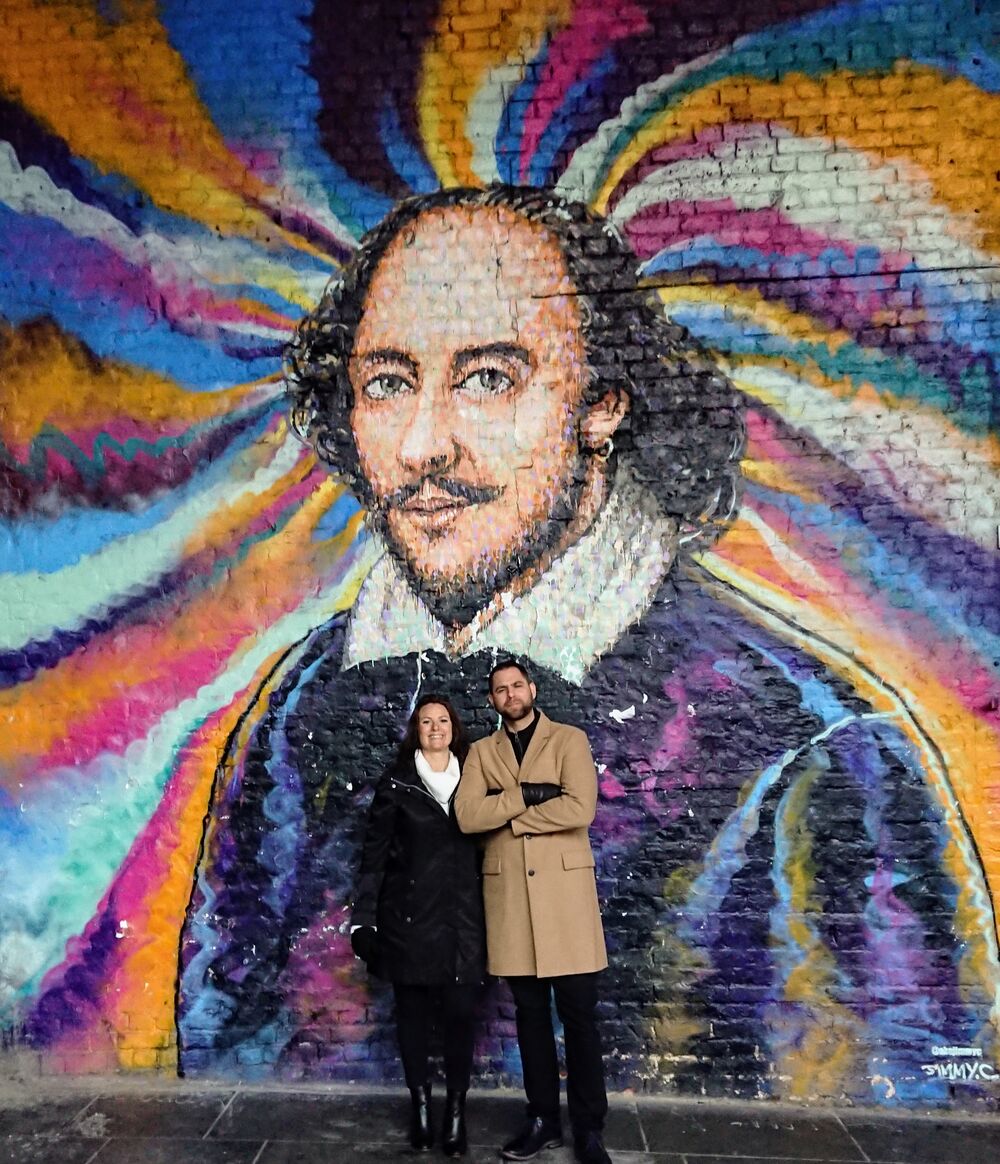 We traveled to Paris

We stayed in Le Marais, the oldest, safest, and nicest area of Paris. The area boasts young designers, and wealthy entrepreneurs. The area is more expensive than Knightsbridge and double that of Vancouver. Next time I hear people bitch about the price of Vancouver real estate I’ll feel grateful that it’s not as expensive as Le Marais. 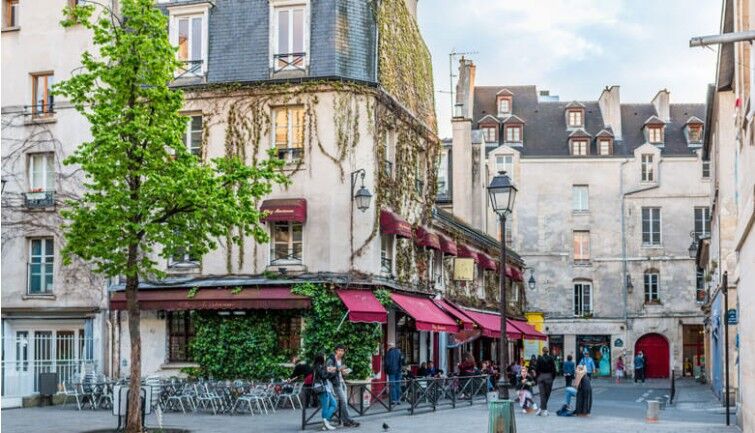 Air BNB has upped their game

The residences are unique, but the ‘experiences’ feature is off the hook. We crushed a croissant walking tour in Paris. I will never eat a croissant again, BUT we walked 10 kms which is a great way to see any city. The French will argue that Paris is older than London; frogs vs. Roast bif. I Love the French, BUT beware of pickpockets for real. In one day, the staff at Le Louvre have found up to 57 cleaned out wallets. Every tourist attraction boasts deaf and mute petition scams, bracelet scams, and watch out for the ball and cup hustlers. One guy scootching three cups across a blanket on the sidewalk while participants bet which cup has the ball under it. When passing you notice people doubling their money. A cheering crowd gathers and I stopped. Jody Lea resisted, then a girl lost 100 Euros, but we knew which cup the ball was under. The hustler played again, a girl doubled her money and then the hustler got right into Jody’s face and said, “Give me 100, and I give you two.”

Behind us stood the 300-meter tall Eiffel Tower; a wrought-iron lattice tower on the Champ de Mars in Paris, France.

In the background a fat bystander reached down and revealed one cup. No ball was under it. We were guaranteed a win.

I joined the chanting crowd as Jody Lea hesitantly cleaned out her wallet- over $500 Euros. Everybody clapped and cheered, and blam… no ball.

In an instant the crowd disappeared with the hustler. We felt sick. A guy in a suit pulled us aside and said, "Those people who bet, clap, cheer, and flip up the cup are not strangers. They are part of a gang, the same gang that tricked me 15 years ago. What they do is not illegal but it should be. I see them con people out of money every time I come here. It's the same thing, and if you don't give them your money, or try to take it back, they will rob you. That's why I didn't say anything."

Fuckers, they tricked us so hard I had to deal with a crying pregnant lady. That's OK, we walked it off while admiring the Eiffel Tower. You know what they say, it can't be a picnic without the ants.

Later that evening we ate dinner at L'Ambroisie. It's one of two restaurants in the world that have earned 3 michelin stars for 30 years in a row, with the same chef- Chef Bernard Pacaud. Now, I was expecting foam food because that's what people told me these restaurants were like. Those people are wrong. We ate a seven course meal for Royalty; a selection of cheeses and duck so yummy it was the best meat I've ever eaten. I don't even like duck. It was that good, and then we experienced tarte sablée au cacao amer, glace vanille (that translates into mind blowing with a side of ice cream). Chef Bernard Pacaud, Thomas, Cristoph, Elizabeth, and Pascal made this the best date Jody Lea and I have ever experienced!!!

I can see your underpants 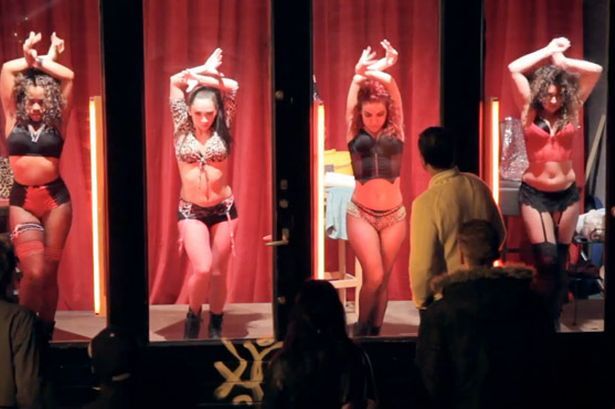 One walk through Amsterdam's red light district can turn anybody on. The girls in the first alley we ventured were so beautiful Jody Lea had sex with me twice that day. The girls in the first alley were so beautiful we talked about them through every other alley, and the entire walk home. Not only were the girls out of your league, the entire city is good-looking. Attractive people ride bikes, have secure jobs at the airport, and they smile.

I enjoyed Amsterdam, and all the tourists from London raving about over priced weed. Bars have no smoking cigarettes signs, but weed is OK so tokers mix weed and tobacco, and smoke in the bar. Shame on you.

Jody Lea decided on our final airbnb experience--a boat tour through the canals with Sebastian, who filled 12 airbnber’s with traditional mulled wine and dutch classic bitterballen. We saw the Amsterdam light show from canals other tour boats weren't allowed to go. The weather was cold, but heated back pillows for momma, and shots of Schnapps for daddy, made it feel like summer. 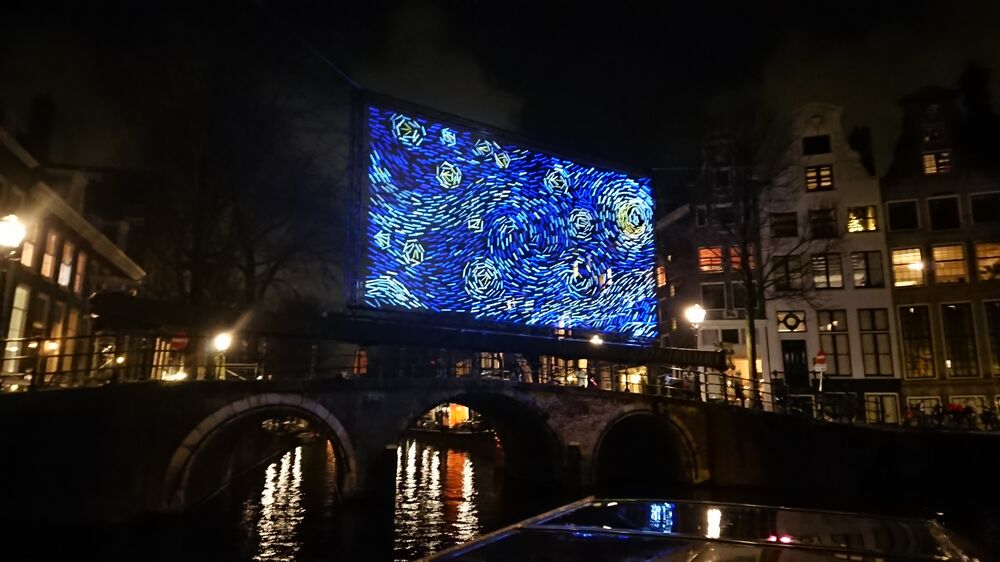 In the end we must do something for our brain

I want you to imagine that feeling of accomplishment you get when you are proud. You did something, or created something, and you deserve a win. Go ahead, see a win, hear a win, feel a win. NOW. double that feeling, triple it, and triple it again. You have infinite energy, it flows through you and it can be expanded at anytime. All you have to do is fake-a-smile, and your brain will listen. In the days and weeks ahead, you may begin to notice certain indications that the changes you desire are taking place.

Have a great and wonderful day. 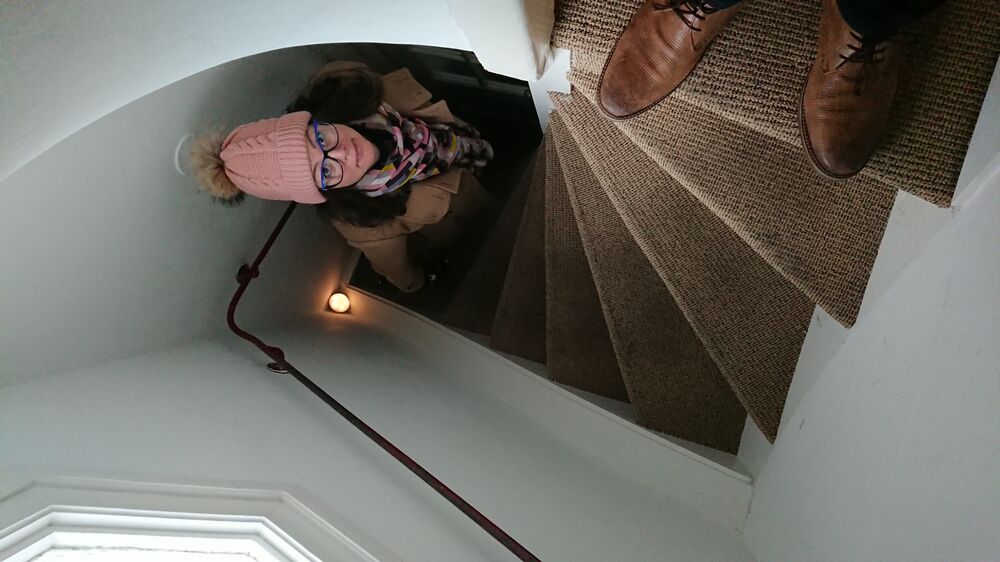 *Amsterdam Stairs can be steep!